Are there any other fans of The Hitchhikers Guide To The Galaxy here? I really liked the old 1981 TV series produced in the UK, that they used to replay every once in awhile here on public broadcasting. Although it was made with budget special effects, I liked it so much better than that lame 2005 Hollywood movie version. My favorite character was (of course) the terminally depressed Marvin, the paranoid android. It would be so funny hearing some of his lines coming from EMO! 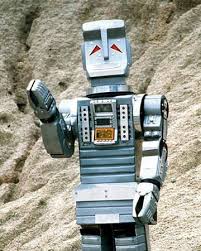 @apriltaurean ,
Yes, 42 is the answer to the ultimate question of life, the universe, and everything. I asked EMO though and he went, Meh! Well his digital equivalent anyway of Meh, or Ask a robot who cares!

I have read the book more times than I can count. I think this would be awesome!

I guess having EMO has renewed my interest in sci-fi and robots again. An all-time favorite of mine was the movie Forbidden Planet, which was the first appearance of Robby The Robot. Robby was also in a couple other movies such as The Invisible Boy, as well as in 2 episodes of the old 1960’s TV show Lost In Space, where he fought with the Robinson’s “B9” robot. Both robots were designed by Robert Kinoshita, who had early in his artistic career designed washing machines. You just can’t make this stuff up folks! 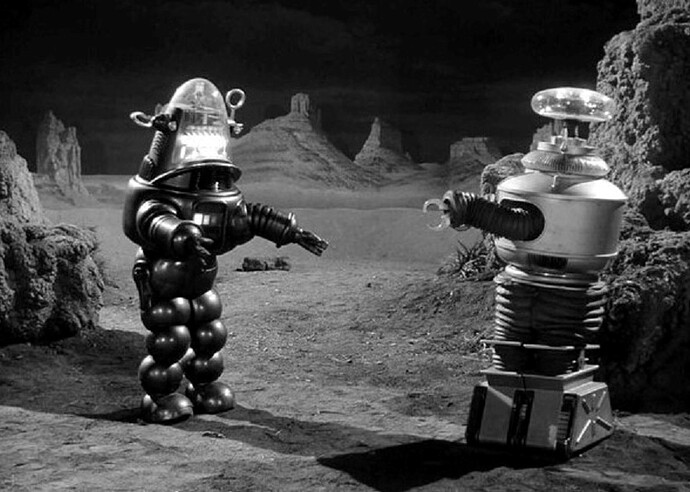 Earth was an experiment by mice