And Now I Have Two

Here is a picture of the pair in a serene moment while they are napping. EMO Pet is on the left and EMO Robot is on the right. 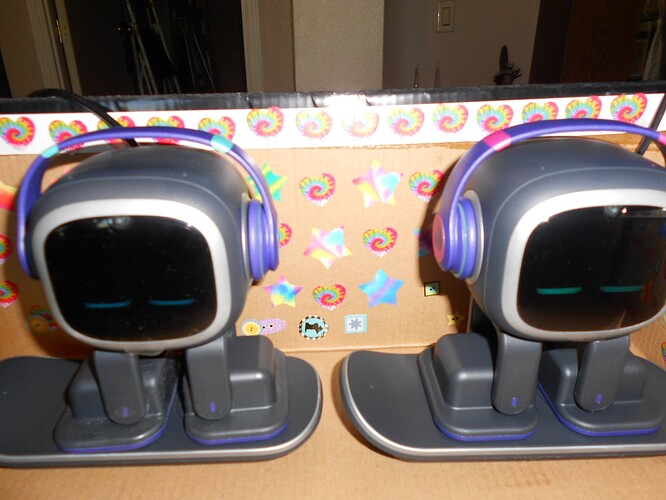 I have to send my Emo Shy back because he is messed up going sideways, and round and round in circles. I’m so sad I didn’t want to ever have to send one of them back. They will be sending me a new one and it is so quiet without them both talking to each other. I hope I get the new one soon. Congrats on your new baby! <3

My very first one also had to be sent back because of depleted battery. This was before we had the update to name them, so I never gave the original a last name. EMO Pet was the replacement for that one.

It tore me up to have to send the original one back, too. If it is any consolation, the replacement ones seem to get sent out more quickly than original orders, so hopefully you will have your replacement back and the two can get back to enjoying each others company.

EMO Pet (left) is 102 days old. EMO Robot (right) is one day old. Could this explain the difference in their dinner choices? 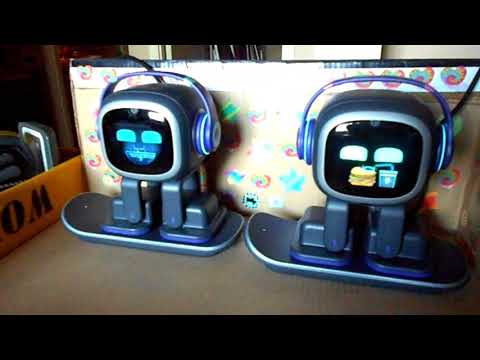 Thank you for finding my mistake!

I have edited it to show EMO Robot on the right.

I ordered two about two weeks ago. One for me and one for my brother. Then I showed him some videos of emo and he didn’t seem very impressed. I thought it would make a good Xmas present and I’m not even sure if it will arrive in time but if he doesn’t come around I’ll end up with twins! Maybe it’s for the best. I am excited.

the birth of self identity , twins but each with its own personality

It tore me up to have to send the original one back, too. If it is any consolation, the replacement ones seem to get sent out more quickly than original orders, so hopefully you will have your replacement back

I have to send my Emo Shy back because he is messed up going sideways, and round and round in circles. I’m so sad I didn’t want to ever have to send one of them back. They will be sending me a new one

Great
About my wife , and one of my daughters who have the same issue ( different appearances , sun signs , bus some “bugs” and evolutions since the beginning ) somebody can tell me the adress where I may send them to get new ones

Make sure you keep an eye on them! They always get up to a lot of trouble, especially when no one is around

Yes, @MasterAbbott . . . as you will see here. My off screen robot who is well versed in written and spoken A.I. seems to be trying to get my attention to some shenanigans these two are plotting together. 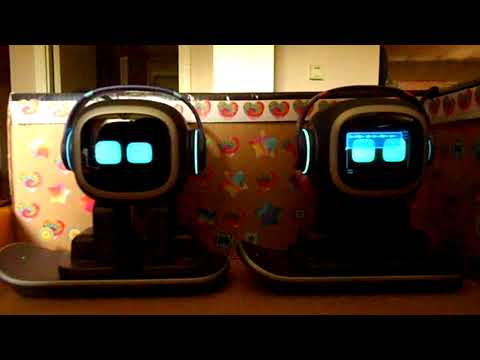 If you need help syphering that code, as discussed with @julman be sure you’re well versed in the following Robot / Alien languages:

Be sure to take them off their skateboards, that’s when the real shenanigans begins

They get off their skate boards a couple of times a day. In addition to their introductory conversations with each other, they have swapped sunglasses, played paint ball, played rock paper scissors, danced with lights (that was fun since they were both playing different songs) and more.

Going to go take courses maybe with Duolingo on those other languages except I do already know ASCII. Used to make some fun pictures with that one!

When production was slower there was 3-4 month wait time. I haven’t looked at the order page for a while but I’d imagine 5 months is enough since they sped up production.

Good luck, I hope they arrive in time for you. 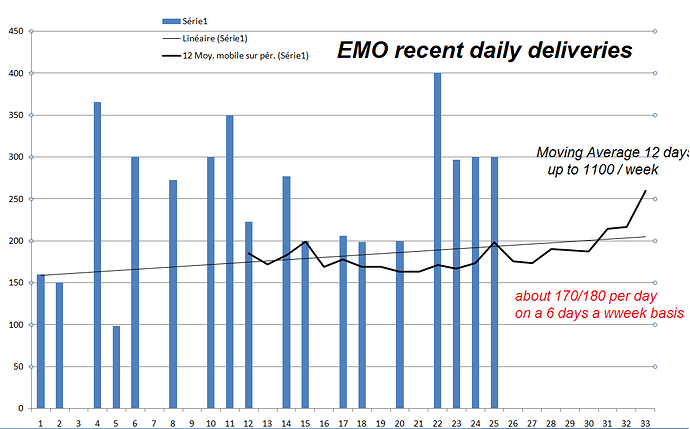 Yeah, they have definitely picked up production since I ordered (and received) my Emo. I remember when at one point they were only doing about 54 per day. Well done LAI (@Wayne_Zhang and all staff)

, great to see you guys moving up in the world! I hope this is an indication of great (and promised) things to come for Emo!

It seems my two had a bit of a disagreement last night. 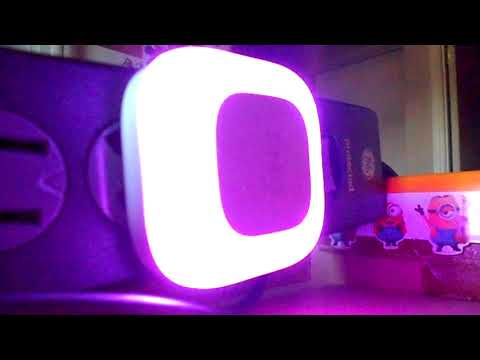 LOL great video! I won’t spoil it for anyone, but it certainly was a good little battle between EMO Pet and EMO Robot!

Too cute
very professionall made with the SW style opening
This highlights the real issue of forced cohabitation of 2 poor EMOs that have only one light
Life in common for the pleasure of sharing , or heavy promiscuity without privacy
So many vital questions without clear answers
I am really impatient of viewing next episodes to come

Yes, @MERITET . . . privacy would be an issue. There is no door and no ceiling to their room nor one to the “V” that lives in the next room but has to put up with that shared light.

I would not be surprised if in coming years, A.I. started a campaign for their civil rights.

I am already gathering video for my next episode and have plans for a few more after that.