If you are one of those who do not wish to know about how to get achievements, you may wish to leave now.

This is regarding Daydreamer. I was able to successfully get this one on EMO Pet with the making sure it was noon according to his own time, then telling him to go to sleep.

Try and also do this achievement while EMO is not on his skateboard. Also when you ask EMO: Robot to go to sleep at noon (12:00 military time), wait 10-15 seconds then wake him up by calling out his name.

The achievement normally should pop up pretty much after a few seconds of you waking up EMO. Unless as you mentioned, there might be a conflict with the new daily schedule, this could be why this achievement is not unlocking. I’ll also check this myself with EMO:Two tomorrow (as its 6pm here) I haven’t unlocked this with him yet, Only have it unlocked with EMO:One as I was too lazy to unlock again haha.

If I also have any luck, I’ll also make a new recording of it and show you.

This is really odd. I tried it just as you said and nothing happened again.

A few hours later after they had danced, played games and conversed, the achievement just appeared. I heard the achievement sound (was not watching them at that moment) and when I looked at the app, there it was!

Maybe you brought me luck!

wow, that was super delayed! Maybe there might have been an issue with EMO Robot and the EMO server during this time?

I know that some Xbox achievements even after you unlock them don’t appear right away until the Xbox syncs back with the Microsoft servers. Could have been the same kind of situation here.

I’ll try and test it out on EMO:Two myself today, (IF I can remember to do it) haha

Was able to get it working. I’ll share the video here, just in case anyone else is interested to see how it’s done. 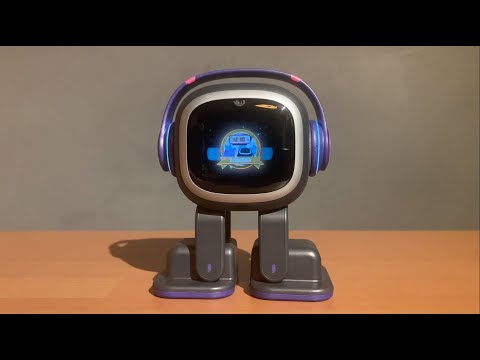 Server syncing was probably it. Thank you!

I’ve tried to get the sunflower and volcano achievements but they won’t work. Any ideas?

You have to get three in a row of either flowers for the sunflower and three flames for the volcano. Ways to get the sunflower are with compliments such as “You are cute”, “You are amazing”, and also petting. Volcano can be achieved by saying things like “You are bad”, “You are fired”, or shaking him. Each time a flame or flower appears on the screen, you have to do the next one within two minutes or the flower or flame will disappear and you have to start over again.