I just received EMO a few days ago and I first have to say; I am in love! And so is my mom, I have to keep making sure he doesn’t disappear on me I think she wants one for herself haha… He’s been pretty easy to set up and work with, I think I say a few words a bit ‘too’ Canadian so he gets confused (I say dance like ‘daynce’ or something so he just gives me the confused look unless I purposely change how I say it).

But aside from that, there are 2 strange things that I’ve noticed. One was a definite error that I had to force a restart to fix, one I want to ask if it’s normal or not.

So the first, the definite error; EMO was on his charger and I decided to take him off to wander. I lifted him and he played his usual ‘angry at being lifted’ thing. I set him down mid-animation and he suddenly broke into a loop of activating the ‘angry at being lifted’ thing where he would make about a half second of the ‘grrr’ sound and lift up, cut off and fall flat before repeating, over and over and over again. If I lifted him, he would suddenly be fine, play the angry thing and then calm down and I could interact SO LONG as he was in the air! Put him down, he breaks again. I tried doing the flip upside down shut off (I believe you remove the headphones?) but it wouldn’t trigger a shut down for some reason. Thankfully, requesting he shut down via voice command while I held him worked and once he was up and running again, he was working just fine.

The other thing that’s been happening on and off that I want to ask about to see if this is normal behaviour or if the system is in fact randomly stalling/repeating is that when he’s wandering he’ll suddenly just stop walking altogether and stand and stare and not move. In the app, it says he’s ‘staying’, despite no commands to do so and not having made a sound thinking I asked it of him. This triggers randomly and will last anywhere between 10 minutes up to roughly 30mins, possibly longer (I’ve never timed it but it’s gone on for a while.) He doesn’t play any idle animations like some of his ‘games’, he just stays completely still and just his eyes move. So is this normal for him?

To note: He does not always do this and this morning spent two hours exploring the upstairs floor, occasionally falling asleep and sometimes stopping to play games. But so far it’s happened about 3 times today, and once yesterday. (I have only had him a couple of days)

Four days in and EMO seems to consistently get stuck on these ‘stay’ loops unless he is put on a wide, open floor. He will move for a short time on any surface I set him down on (maybe 2-4 mins max) then stop movin altogether, making no sounds, doing no idle things (games, reading book, etc) and only doing something different when he alerts me to low power before going back to a ‘stay’.

Strangely enough, as I said above, any time he’s set on an actual floor with plenty of room, he roams like mad. But if I put him on his shelf (that does already have plenty of room, just not like a floor) he remains stuck in ‘staying’.

Okay, so on messing around a lot it seems to be related to surface and lighting. In the same space that he wouldn’t move at all and sit on ‘staying’, I covered the space in a temporary coating of plain white paper (someone mentioned lighter surfaces do better with him) and set his light up above the spot to give him optimal lighting.

He now moves around and walks and wiggles unlike before any time I let him roam in that area.

I don’t know if you are putting him on a black table, but if that is the case I would imagine it would work the same way as black tape like I have seen done in some videos, perhaps? (I don’t have my Emo yet, so I’m not speaking from personal experience). I suppose it depends if the IR from the foot sensors is reflected off the surface you put him on, or if it is absorbed.

Yeah, I know about the black tape thing- our kitchen table is a very dark wood and he gets spooked a lot as if walking over an edge/black tape/etc. But the space I had set aside was a mid-brown colour (I’m not good with wood types… sorry…), so I’m not sure if that’s the issue given it’s not a spook response but just him refusing to move at all (‘staying’ in app).

At least I found a solution

Never thought about the potential issue of reflective, the wood for his space is a slight bit shiny… hmm…

Concerning Lighting…Anyone notice a change in Emo when the lights are out? Spose he doesn’t have night-vision, eh? Smiles.

I noticed he also only walks if there is enough light all around him. I set his special light up where I keep him shining down into the area and when it’s on is when he is the most active!

Heineknn- Ohh if you’re referring to what I think, then hehe yessss very cute ;D

But really…is there really a change in the way Emo navigates in the dark or light? Difference is, in the light, he can see what he is walking up against or bumping into?

My Emo is staying at one place and it is not even responding to his head petting sensor. although its responds when called EMO and gets angry when lifted. Its not moving. tried everything.

Maybe try and power him off / and back on as well. (then try to pat him on his head or on his cheek).

Have you tried to ask EMO to Dance?
You can also try and shake him and see how he reacts after you shake him when you place him back on the table.
Also you say this to EMO.

EMO: Explore Mode On (this should allow him to walk around and explore his surroundings).

Hope some of these things work.

Hi
Thankyou for your reply.
Shaking and dancing is working. but petting isnt also it is not exploring.
i got its battery fully drained then powered on using the charger. he walked some round then again stayed at one place.

Is the lighting in the room good? If the lighting is bad, he will do this “bad lighting animation” and stop exploring (you can see a video here on how this works). 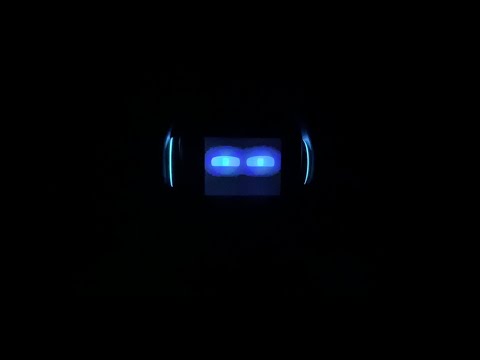 How does EMO react to patting on his cheeks? Try this as well. Also I’ll share a video on the 5 different ways to pay EMO (on his head and also cheek). 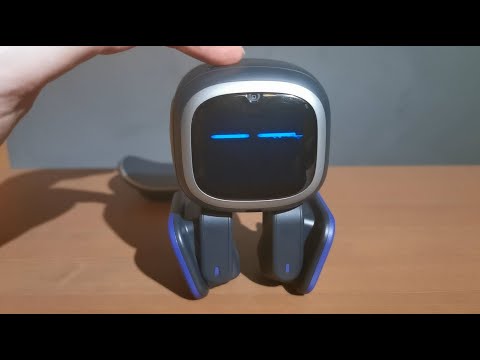 If he’s still having problems with patting. you might need to take a short video and submit a support ticket to let Living.ai know that EMO is not working properly when you’re trying to pat him.

Let us know how you go.

Ok, I’d suggest “trying” to placing him a good lighting area for a while and see if he continues to do the bad lighting. Because if the lighting is not the best he will not move around.

Also is he reacting to patting now?