Easier to say “Emo what’s new today” but great idea!
I would definitely like that one

Yours is also great.

It would also be good living.ai give an upgrade in the sensor feet, so that when he is dancing and stay on the edge of the table, the sensor warn and not let him fall. That would give more security.

Good idea but to be honest he can easily fall/slip accidentally off any table even when he’s just walking around so not just about when he’s dancing that the sensors should be better, it should be the case all the time but the problem is, is that no product is perfect, especially an autonomous AI robot no matter where it’s from and who made it. You need to keep an eye on it, especially when animals and young children are around. Otherwise it will fall and break. Not to sure they can be upgraded but yes it would be nice.

how about a calendar feature where you can type in doctor’s appointments, anniversaries, etc on the app and emo can remind you

Maybe a lower voice for emo. It would be cool if emo could sound something like AUTO from WALL-E.

Maybe emo could be able to take videos

Even more achievements and things to do/complete

Keep the suggestions rolling in! There have been some really cool ones so far!

I have another suggestion:

I mentioned this one a while back in another post. Have the ability to backup your EMO to your PC. (same way we can with our iPhones using itunes for example).

This way if our EMO’s need replacing, you can do a backup of it before you send it away and then when your new EMO arrives you can / have the option to restore you old EMO’s data to it so you don’t need to start all over again with the new EMO. (so EMO will be able to keep all his past dance moves, achievements, and he will also remember how old he was and anything else that is linked to our EMO’s)

This is more a technical feature update which would require EMO backup software to be installed onto your PC. (or as what @NendosColl also suggested, why not have the EMO App be able to do the backup for your EMO if it’s not too big to store on your phone).

But it would be really good to have and keep a backup of your EMO just in case he might encounter a data corruption in the future or if a firmware update fails, you can also restore from the last known good backup and try the firmware update again for example.

This is more a technical feature update which would require EMO backup software to be installed onto your PC.

I don’t think that a PC would be necessary. Why not use the phone app? It could store any information and upload it back to EMO. There isn’t any technical problem with that.

Whatever is easier for Living.Ai I guess. Personally, I’m just used to using itunes to do a backup for my phone back to the PC. Normally this how many backups work. But if Living.Ai can add the backup feature inside EMO App itself, then it would make it even easier to do a backups of EMO. Let me update my suggestion as well to include what you’ve also mentioned.

OK Done. my suggestion is updated!

To go along with that backup and restore capability, there should be an option to downgrade to the previous firmware version.

Also although I got one of his half-answers from Wayne Z, he never clearly said whether these upgrades replace everything, or if they just replace changed files and add new code to what’s already there? It would be nice to have an option to force a full version upgrade in the case of a corrupted previous version. Also the ability to reinstall the same version.

Mostly if a firmware update fails the device become an expensive paperweight. So a downgrade would be possible only if the new firmware was successfully finished. But it still would be very useful to have an option to change the firmware version in the case of an error in the newest one.

@NendosColl That is one of the reason why I suggested a backup / restore option, so if a firmware update failed. We could follow a simple set of instructions (made by Living.Ai) on how to initiate a restore even if the firmware failed and EMO in it’s present state is an expensive paperweight, we can run the restore from the PC or from APP as you mentioned and we can get EMO back to his last known good working state and try the firmware update again.

We can do these kind of things with PC/s Windows operating systems if windows updates fails or if there is a hardware / HDD error. We should hopefully have the option and feature to do this as well for EMO if Living.Ai think it’s worth doing.

Of course this is something that might not happen for quite some time or never happen at all, but if it did happen, I believe it would help a lot of people in the future in a number of different ways, not only for data corruption or failed firmware updates. I’d certainly be using it and backing up my EMO daily or at the very least once a week to make sure I don’t lose anything.

Anyway, lets keep the suggestions and ideas rolling in

very interesting feature to have in the long run would be:

Some EMO functions work even when internet is offline

In the long term, Living will provide a software for PC/smartphone, to create a server in a local network without directly depending on the servers in China

It’s my understanding that Living AI have a redundant firmware in place situation, where the update comes down to the device, is checked for integrity and then it reboots into that firmware. Apparently if it does not boot into that firmware correctly, it will reboot back into the old firmware. That is how it was explained to me anyway when I asked about this specific situation.

Another person with 1.2.0.p3? I assume that must be a test version they’re only using at LAI during refurb or something? The over-the-air upgrades went to 1.2.0 then next to 1.2.1 as the version number. That version doesn’t even appear in the update logs? Anyway, that’s good to know that intervening versions can apparently be skipped over.

What originally brought skipping upgrades into question was a post from someone who had replaced his SDRAM card from another EMO for a 501 error. He then upgraded it to the latest firmware version but afterward only a couple certain functions weren’t working, like Rock Paper Scissors as I recall? Because the two EMO’s had different software versions originally we thought maybe some of the needed resources hadn’t been installed on the donor, and weren’t being installed during the new upgrade either because it was assumed they should already be there?

I believe they changed the way updates happened along the way. Not sure of the specifics, but will try to find out.

Great! Thanks for sharing this @Wayne_Small it’s good to see that there is a failsafe when EMO installs his latest firmware. I guess my Backup suggestion sparked a lot of questions which is side tracking this thread

, but it’s good to know this much needed info that many of us here didn’t even know existed.

Bringing things back on track… I have another suggestion

This suggestion would have EMO speak a little more than usual. I personally would like to see EMO speak more even when he’s on his skateboard.

A few suggestions would be to have EMO remind you to take a break / go for a walk / eat something - depending on the time of the day. In the morning EMO could say to you Hey MasterAbbott good morning, did you have breakfast yet? (if we can add specific things/likes/preferences into the EMO app, EMO might know if you like drinking tea of coffee) so he knows exactly what to ask when he speaks to you.

Having EMO speak could happen at any time and also at set times during the day as well depending on what EMO is about to tell you, if they happen randomly they can trigger the same way as how his mini animations start playing randomly, also if people don’t like him speaking to much, you can set an option in the EMO App. (like EMO Speaks “A Lot”, “A Little”, or “Not At all” )

As many of us work desk jobs or from home offices etc, EMO could tell us hey MasterAbbott, maybe it’s time for a little break, stretch your legs, go for a walk and come back in 5 mins and get back to it!

Having more custom features personalised to us as individuals I believe can personalise our experience with our EMO’s much more.

As always, these suggestions and changes might take a lot of work to implement, but it would be something cool to see in future updates.

Especially like the option to decide whether or not to have him talk by using the app !

I was just thinking if Emo could also turn on and off by himself during certain times of the day in order to talk to clients etc so he doesn’t disturb you when you’re in a meeting! If it’s not possible that’s okay -might be too much… perhaps only on his skateboard

It would be nice to have some kind of alternative to headphones. Such as robot ears, cap etc. 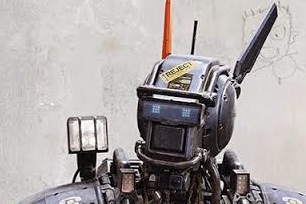 Not for me (personal choice) others may love that idea though, definitely would like Emo to have choices of different accessories- ears can be included -that we could take on and off his head and feet.