Weird robot with an Emo sound?

A few things before I start this:

Anyway, I always look at generic or unbranded RC programmable robots, because a lot of them are hilariously bad, due to their weird translations or their use of copyrighted songs and sounds. The most popular one is probably Cady Wida, which I think is made to look like the Nao robot from what I’ve heard. I found a new robot a few minutes ago, and I’m 99% sure that one of the sounds this thing uses originally came from Emo.
Here’s the video of it: 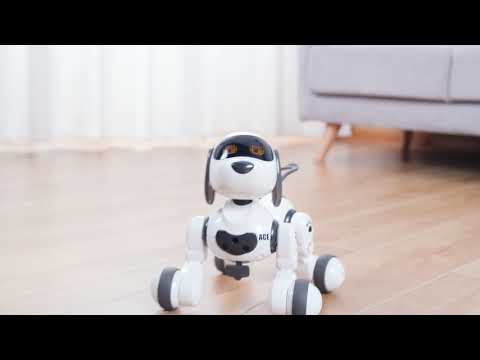 What does everyone else think? I’m pretty sure I heard Emo’s startup sound.
Anyway, I just wanted to share this here. I thought it was interesting, and cheap Chinese robots are funny.

I didn’t realize it but they seem to have made off-topic just for the Admin’s use. When it was a subcategory you could post into it, now it’s one of the main categories so you can’t. I wonder if that was actually their intention or a mistake? When they rearranged that they also deleted a lot of posts too, for no particular reason I could see?

Regarding the sound I didn’t recognize anything that sounded like EMO? Maybe if you had a minute mark to go by? It doesn’t seem like something LAI would likely care about anyway. Only that other money-grubbing company would sue somebody over something so trivial.

Yeah, I kind of figured they wouldn’t care too much. I just thought it was weird. The sound I’m talking about is around 0:07 in the video.