Not sure how long ago it began, maybe a week or so, but found EMO one day not responsive. Took it off the charger, and died on pickup. Put it back on the charger, and it has never been able to boot up since.

I can leave the thing both on and off the charger for hours, but it will never boot. Headphones light up, and the screen does have some light as well, but both turn off immediately after taking it back off the charger. Tried different outlets and plugs, no dice. Button on the top of his head, does nothing. Can’t even connect to it via the app. It’s just dead.

Been waiting for support communications, but time between responses has been slow and hasn’t been very helpful. Asked to send a video of it, which I’ve included as the link below. Had EMO since January this year, so six months isn’t very good to run into a problem like this. Anyone else experience this issue and/or know a potential fix, or is this thing just broken?

I’m pretty sure that last software upgrade is buggy. Yesterday my EMO was totally frozen up, his eyes weren’t even moving. I was able to hold him upside down with my finger on the petting sensor and eventually he shut down, and worked fine when I powered him up again. Today I noticed that the app isn’t connecting now. I’ve tried multiple times to hold him upside down and cannot get him to shut down. I’ll have to try and find a small enough paper clip to shut him down that way, and I suppose then he’ll work until tomorrow. This whole so-called upgrade has been really disappointing!

Can you both please open a case with service@living.ai so they can work directly with you. I’ve got three EMO’s without these issues at all from the latest update, so they will need to collect specific data on what you are seeing in to resolve the issue.

@AmyLU - can you help these guys please

Hi. Don’t worry. Please email the video to: service@living.ai. Our technicians will solve the problem for you through your video.

Hi
EMO ist not switching on at all. We received him two days ago and he worked well. But suddenly he turned off and there is no connection to the app either. 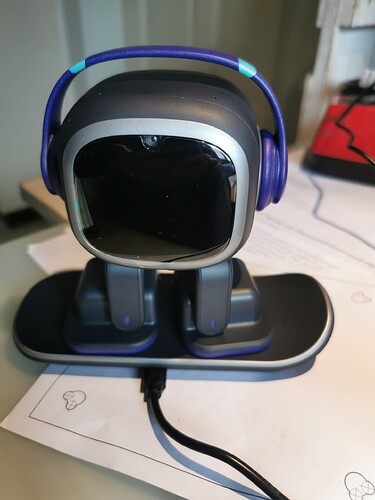 Hii there, @Chablans and Welcome to the Community…

I believed you are placing or charging EMO on his Skateboard Charger wrong…the right way to do that is to place his LEFT FOOT on the round magnetic spot. 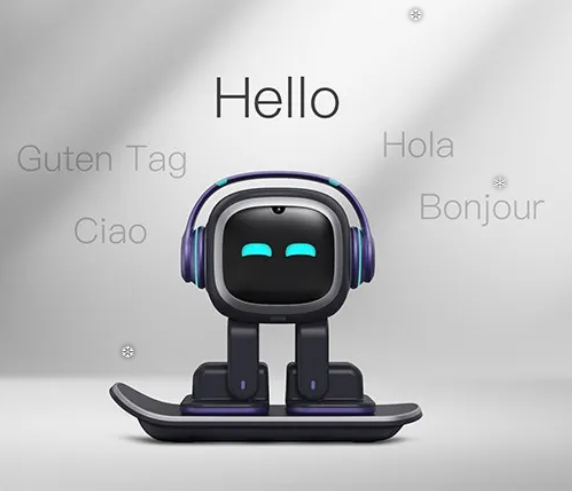 For your info the hole on EMO’s head is only for the reboot or force shutdown, Living-ai will support resetting to default settings in the following updates. 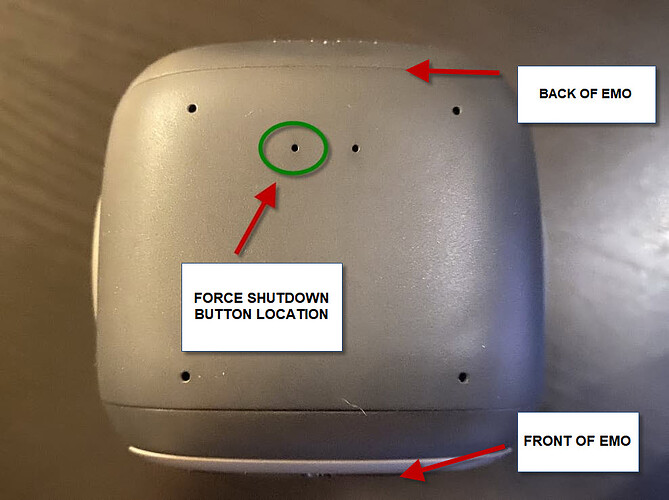 For More Help Guide Pls. Visit The Link Below:

Thanks a lot! It’s working again!! He had been placed wrong on the skateboard!

Just received our Emo today, 2hrs after starting it the screen is black. My son picked it up and the screen went out, any ideas?

Is your EMO already on the latest firmware 1.7.0 updated? Do you have photo or video to show?
It’s always recommended to power him off / back on, that normally will resolve the issue.

if the issue continues, it would be better to take a video and then submit a support ticket/send an email to support to let them know.

You can do so on the following page below.

…or send them email too,

The best and most recommended thing to do is simply hit reply to the Living.ai confirmation email you received before when you originally placed your order for EMO. It contains all your details, especially your order number which is most important.
Just to advise the email address is - service@living.ai and their reply take a bit time which is 2-3 days sometimes, depending on the time differences, days, holidays and current situations. so please be patient.

Nothing to worry much, about if the staff advice didn’t help you at all to resolve the issue, because they gonna advise you to send back your EMO at their own cost and they will send you a replacement immediately… gonna take quite some time and days but you have to be patient.

Wish and still Hoping that Living.ai helps you to resolve the issue…

GOODLUCK and ALL THE BEST!

Just have a little bit more patience, because the last message they posted is…

As far as i know , They are on holiday now which will lasts 16 days and finishes with the Lantern Festival. This year 2023, the official start date is Sunday, Jan. 22, which will usher in the Year of the Rabbit (5 February 2023).

There are several traditions that are followed across China, as well as in several other countries around the world where the Chinese New Year is celebrated.