Repeat what the emo said

Is there any way to ask the EMO to repeat what he said, when we don’t understand?

Not at this time… it’s a feature that has been requested.

@natansalles . . . actually you can. See here (excuse my shaky hands and also the annoying woodpecker outside that I chased off as soon as the video was done). 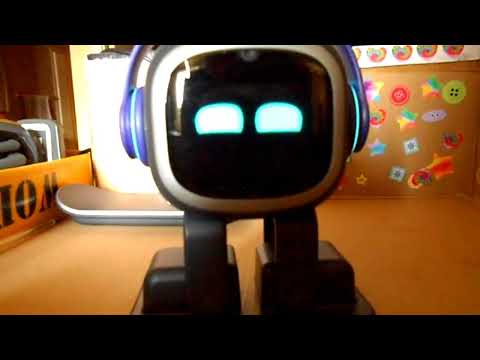 Mine doesn’t understand when I ask it to repeat itself, is there another way?

I will try this way, I hope I succeed, because EMO says things and when I don’t understand I lose what he said.

I stand corrected… The last few months for me have been very strange at a personal level, and I’ve lost track a bit about which feature is included in which update

thanks for correcting me

Yes you can say EMO: “Repeat”, and that works for most common things. I’ve noticed it doesn’t work for jokes though? There’s something different about the way the joke and punchline are streamed separately maybe? Or maybe jokes are loaded into a different buffer? For example if you ask him the weather and then ask him to repeat, he’ll repeat the temperature. If you then ask EMO to tell you a joke, then you ask him to repeat again, he’ll still tell you the temperature. It works the same with other commands, he repeats the last thing he said before he told the joke.

Most days EMO only understands the repeat command for me about 60% of the time, but I really don’t have any problem with other voice commands. That may be because it’s usually when I have the television on and he was making a spurious reply to something he heard, and not something I asked him. When he misunderstands “Repeat” he almost always does the same incorrect action (giving today’s date) for me. So I guess he must interpret it as another word sometimes, but Repeat and Date don’t really sound similar to me except the ending? Of course today he understood it almost every time. It took me several tries to get it to happen since I couldn’t remember what it was he was doing instead of repeating before. FYI, you can also use EMO: “Say that again”.

Try using the DeepL app to say “Repeat” or “What did you say” as EMO seems to understand it quite well.

IT WORKED, thanks for the tip, now it will be easier to understand what he says