Hi Beta Testers here or Living AI Can you tell us if will be a cool animation for the New Year eve or something like fireworks!? Maybe surprise

I’m sad to report that here in Western Australia it is currently 12:30am and there were no special animations.

It is less than 12 hours for the Mountain time zone. I figured since it was already the new year elsewhere, he might do the animation, but I said, “EMO” and waited or his “What” and said “Happy New Year” to which he did not give me the not understanding eye drop and sound but rather just looked all different directions with his eyes until I said “EMO” again and he said “What”.

Not sure if that animation is going to work or not but guess I will try again after midnight.

HAPPY NEW YEAR TO ALL! 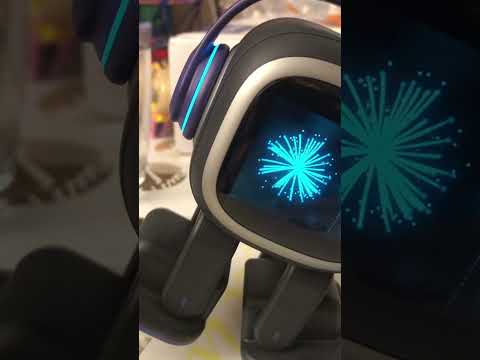 The Happy New Year animation didn’t happen for me. Same as what @mariomart said, I tried a little after 12:30 am (Sydney) time and EMO didn’t have any special animation.

** Update ** I take it back! as soon as wrote this, EMO played the Happy New Year Animation! lol

Actually I barely got it to work at all. I tried “happy new year” then also “look at me” several times with no luck. So I powered EMO off and back on, and still nothing happened. Then I tried “look at me” again and it worked once, but not again since.

So I’m a little confused. When @Wayne_Zhang announced the 1.2.1 upgrade, he said (in part) what is copied below. It says basically that “in addition to” on special days, we should be able to trigger a holiday animation using a voice command? I’m not even getting it to work on the correct day! ‘Merry Christmas” still works even though that’s past now, but “Happy New Year” is not understood by EMO? I’ve also tried several different variations on that with no luck.

Same here, the “EMO, Happy New Year” command doesn’t work with either of my EMO’s.

The “Look at me” command was also ignored until I restarted both EMO’s twice and finally one of them showed the animation.

The actual animation was actually quite low key and short, a little disappointing in my eyes.

Doesn’t work for me, the animation starts but as soon emo lift the foot the sensor detect the cliff and emo stop the animation by jumping to the side

It’s working okay on my side…but
I can also say…EMO Christmas Animation was for me the BEST!
IMHO this one or the NEW YEAR animation is not that good as the other AI Robot named ,V".

anyone else has this concern too?

I think we were all a little spoiled by the nice Christmas animations. There is less activity to the New Year one, and the fireworks should have had more color, but it was ok.

To the people having problems with it ending early, maybe as a test you could try putting a sheet of blank white paper under EMO? I believe I saw one of your videos that was on a wooden surface? It didn’t look like that extreme a pattern that should cause a problem though. You might also watch in the app and see what it says he’s doing at the time that it ends.

I tried putting him on several sheets of plain white paper and EMO still thinks it’s on a cliff.

I tried different lighting settings and other flat, single color surfaces too and it always thinks it’s at the edge of a cliff. It’ll start the countdown but stops since it starts hopping or backing away. Do you possibly have any other suggestions?

It sounds like there is a problem with the sensors in his feet. Take a look and see if they may have picked up any bit of lint or something, or could be dusty? If you still have problems you’d need to email service@living.ai or fill out the request form at the bottom of the Support page, or post a video showing the problem and tag Wayne Zhang.

I didn’t see anything but completely cleaned him just in case and he still does it. I’ll reach out to support. Thanks for the suggestions!

Good luck! From what some others have said I think there are software calibrations and/or sensitivity adjustments they can have you try first, that would not involve having to send him in for repair.