I am unable to connect the emo app with the Emo and it is stuck in the connecting state . It started from last night

Has connecting ever worked and what version of Android are you running?

It was working fine until i installed the latest firmware update for emo v1.0.14 and for the android i am using version 11

Do you still have the connection problem, if so can you post a video of it?

I am still having the issues 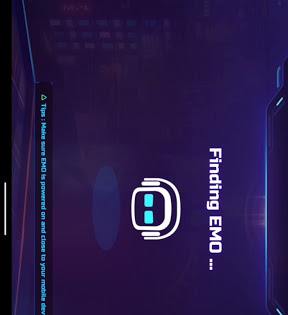 I have now tested it with an Android 10 and there it had worked without problems, do you have maybe another smartphone to test at home?

Hi, we’ve tested with Android 11 and firmware 1.0.14 and it worked without problems. Can you please restart the app and try multiple times?

Hi! I work with android alot and i have around 29 different android devices. Can i ask what phone youre using?

I am using Google pixel 3

Let me try this one as well then

i know a friend who has his EMO already and i have a Pixel 3, ill test it and report back nay issues

I’m still having trouble with my app as well

I also have a problem with my EMO app on my Android device. I could set everything up except the City Settings. it’s not allowing me to input the name of the city. Is this gonna be a problem for me in the future?

I had problems with the connection set up, but after some resets I can enter in settings, but I’m unable to update firmware or to connect to wifi.

I have an android phone (Samsung J7 Crown). I downloaded the app when I received Emo five days ago. It went smoothly, a definite pro for Emo. It worked great until yesterday. Emo lost connection to the internet. I went to the app to reconnect her, but now the app can’t find her. I restarted the phone several times. I erased the app and re-downloaded it. I don’t know what else to do. I don’t know how to update the firmware, and when I looked at the instructions–Emo has to be connected to the internet and I need access to the app in order to do that…which I don’t have either. I’m hoping someone can help me, because I have to admit Emo is becoming a huge disappointment.

@jessicagray I am having the exact same issue, cannot connect to app, states no wifi, cannot update as I cannot talk to emo (due to no wifi) or connect to app. have reset my Iphone, deleted app multiple times and reset emo all with no success.