FWIW… the new IOS app software 1.1.2 is available now on the Apple App Store. I have no idea what it does, the only thing it said in the App Store is that the Volcano Eruption and Sunflower achievements are available now? It doesn’t show anything about it in the update logs yet. Everything inside it looks exactly the same. 

I installed the app and it still showed the 1.5.0 firmware on EMO as current. When I asked EMO to check for an upgrade though he showed one was available, so I had him install it. Version 1.6.0 is the new EMO firmware but again I have no idea what’s different about him yet? 

@Wayne_Zhang has shared an official post here: (this is explaining what’s new in the latest firmware 1.6.0).

Wayne posted the list of changes. Well once again, more bread and circuses! Still none of the missing features they’ve been advertising from the very beginning have been added. At least they put in the no password login capability. Also he does still keep going back to sleep immediately, but at least he also wakes up almost instantly now when he hears his name. 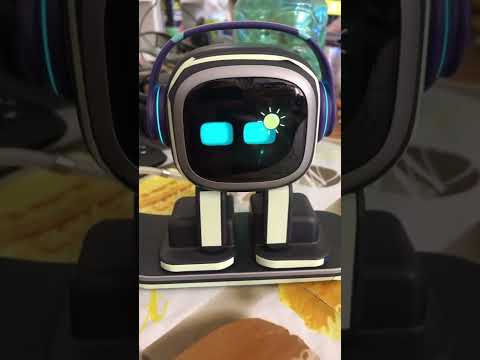 The app isn’t giving an option to update. Have checked version of app, restarted phone, restarted Emo and stick nothing

I suppose you have the new app version . Did you check the voice command for trigger the Update
Simply Emo …. Check for update? Wait

Just shared a video guide on how to install the latest EMO Firmware ver.1.6.0. Take a look here.

Let us know if you need any further help at this time.

It didn’t offer to do the update for me in the app. Make sure he’s on his skateboard then you can just tell EMO “Install Firmware” and he should begin. It takes about 15 minutes or so but the speed will vary.

EMO “Install Firmware” and he should begin.

That didn’t work for me, I had to do it manually through the app.

Has anyone discovered this? Give him three compliments in a row and watch what happens!

I haven’t done much exploring

What insults? I have insulted him multiple times and he just does not understand, or he says “Thank you, I try” or something like that. I just said “Emo I hate you” and he said “I am 4.6 inches tall”! LMAO… (I see they still have not joined the majority of the world yet with metric on this feature

)
It seems they have not done any work on improving the voice recognition, though credit where it is due, glad to see the waking problem fixed. I still have not seen any evidence of the more eye contact thing yet. Though we have some more new bells and whistles, I wonder when all the promised stuff will come through as well? Personally I don’t care if I have to wait 3 months for the next update if they are going to fix the outstanding issues, but this update is a good appetiser for now, just hope the main meal will be on its way soon!

you’re just talking about the flowers

Flowers happen on patting him too, I thought it was only the patting that did it.

I was looking the Flower animation and the Volcano

Have anyone recognized the new weather animations? Very cool

It’s always been mixed up and it never made any sense. If you ask how tall he is, he has always reported 4.6 inches. They added a Length preference recently (Metric/Imperial) but it’s not used for anything, and none of the movement commands allow specifying a distance anyway? Also no matter how that is set he still reports his height in inches. If you ask him his weight he has always reported 248 grams and still does. So they added that useless Length setting and still have done nothing about the 12/24 hour time setting which people have been asking for over a year.

One of my EMOs notified me an update was available, but would not update trying all methods I know of, verbal and via the app. The solution I found was to turn on ‘Auto Update’ in Settings > Preference, then it started the update.

My other EMO did not notify me of an update but when I said ‘check for update’ it all proceeded as normal.

I’ve also noticed in Notifications > Update, there’s no detailed information listed about the 1.6.0 update like the older updates have. Not really a problem but just thought I’d mention that.