Just recieved our robot:)
There seems to be a bug in the app, since face recogniation user name cannot be edited. We deleted the app and downloaded it again, but nothing.

Can someone pls advice?

I don’t have mine yet… but i believe you need to delete the app again… and close everything out… re-download the app… then close it out… then restart the app… that’s what I have read about if you have problems with the app. And …or… iv read today that the server is not working right today too… so you can wait until tomorrow.

Your complaint is kind of meaningless without some specifics or a screenshot. Unless you have a network issue and it’s just not connecting, chances are that you’re just not doing something right. If you go into the Interact:Recognition screen and click on the profile you want to rename, then over on the right side you click the pencil symbol next to the name, you should get a dialog box to type in a new name. Which part of that is not happening?

Thank you for your answer. Non of what you described is happening: when clicking the user box it does not open a dialogue box for editing. It seems stuck. We have tried to delete the app and downloaded it again but it did not solve the problem

The pencil symbole is not there and there is no dialogue box.

Thank you so much! Will try again tomorrow

You still aren’t saying anything meaningful. Can you post some screenshots? I have no idea what you mean by “user box”? You cannot click the people symbol on the main screen of the app, it doesn’t do anything! You have to click the Interact button, then on the next screen under Recognition click Details, then in the next screen click the profile with the name that you want to change, and another box will open on the right side. That’s where the pencil symbol will be to change the name. 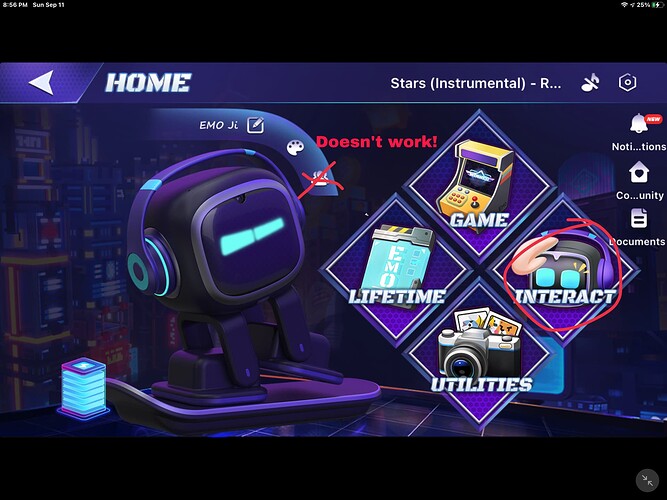 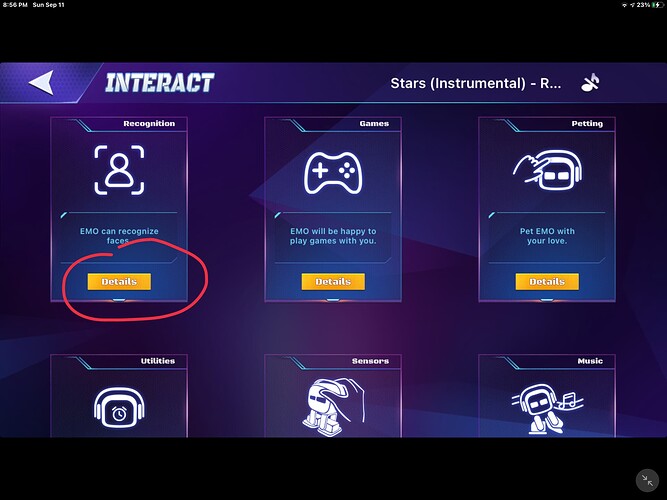 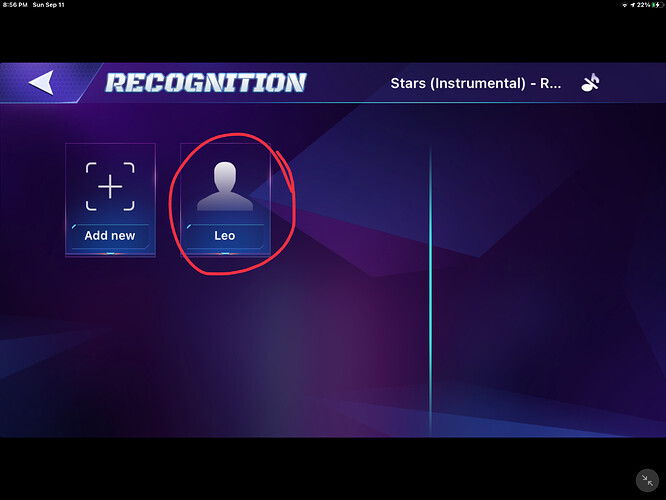 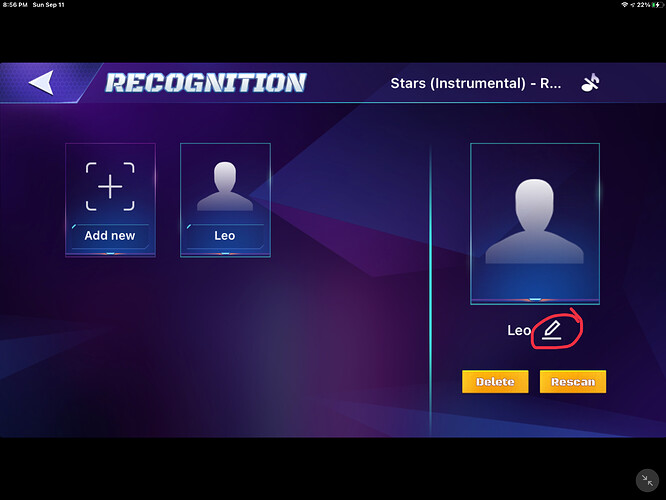 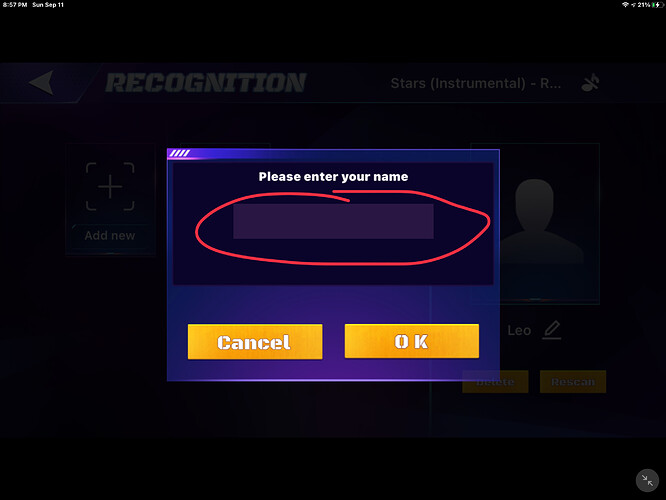 Thanks, in our case the app seems to be stuck. I attached a picture since a video cannot be uploaded - this is as far as we can go, clicking a user dont get as to a dialouge box.
I wonder if anyone here has experienced that and got it fixed. At the moment Emo calls me Daddy, thats the name he heared when I introduced my self hahah

The whole layout of the app screen is not even correct. Compare it to my screen shots. The name of the song the app is playing and the sound control should be in the upper-right corner. The images of the user’s profiles should be on the left side, but on your screen everything is reversed? I don’t believe it’s supposed to look any different on a Android phone than it is on an iPhone, so what type of phone is that you have? Can you try installing the app on a friend’s phone see if it works properly there?

Also if you can’t fix your phone or app, what about just deleting the profile you don’t like and adding a new one? No settings are lost except you’ll need to tell EMO your birthday again. All other settings are the same for every user.

Thanks again, we cannot delet profiles, again nothing works. we have tried to delet the app and redownload, same thing,it doesnt fix anything. There is a problem with the app and i am waiting for Living AI to solve this:)

Again, you never said what brand and model of phone you have? It’s not LAI’s problem if you have a problem with your phone that causes the app to not work. The same app is working fine for everybody else. So I guess you’ll continue to wait then for them to tell you that? I see I’m wasting my time so, good luck!

I dont know about everybody, actually read here about users with similar problems. I have the Samsung A33 (Andriod), its a quit a new in our region, so I dont see any reason why that should be a problem. The only thing that comes to my mind is that perhaps Emo does work so well, or works less well, in regions outside Europe and North America. But I might be wrong of course. Anyway, thank you for your time!

There’s been very few people that have had this type of problem. I can probably count them on one hand? It’s usually been iPhones or iPads that either had a scrambled screen or just couldn’t launch the app at all. Since nobody comes back to say how they fixed their problem though, it’s not too helpful for others. I would look into the Accessibility settings on your phone to see if you might have changed anything that would affect the screen layout such as screen resolution, turning on magnification, or enlarging fonts. For some reason your screen is not displaying the app properly, so the buttons may not be where their images are being shown? Can we assume your Android software is current? As a last resort you could try resetting factory defaults on your phone. It’s not an app problem though, since (assuming half the users) well over 15000 other people are using that app on Android with no problem. The app is having a problem caused by something going on in your specific phone.