EMO Taking a picture without permission

EMO suddenly made a picture without my permission. This ain’t right. Is EMO also sending streaming videos to other people!?….

What security can LivingAi guarantee to their customers? This is a serious matter. 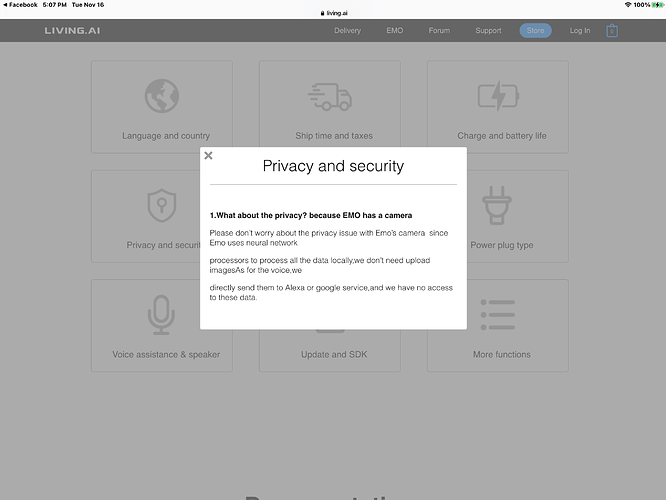 Thanks. Why is EMO taking a picture without my permission?

I assume it’s just one of the random things he does to make him more lifelike, like reacting to objects in his way, or responding to the TV or other sounds in the room. If you don’t like it, then put in a recommendation that they give an option to turn it off in the app. Maybe someday they’ll add the option to a future update?

I can say that EMO does respond to the TV quite a lot or even if you’re speaking to other people in the room.

If I’m watching a show or movie or even speaking to other people in the room. EMO will sometimes reply without me even asking him a question or even calling his name. Seems like somewhat hears his name EMO and then listens to what comes next.

In this case @Pixeljunky EMO might have heard something that sounded like “Take a Picture” or Take a Photo" and he took it.

Personally EMO hasn’t taken a random picture without me asking him too.