Thanks so much
I hope

will be on there

Have a lovely day

I have done that I think

I cannot…Facebook forces cell phone number verification and I don’t use a cell phone…not really a fan anyway the Facebook or tiktok they’re not safe places in my opinion.

another serious concern about EMO Pet well I’m here is that he sits on his skateboard on my end table only 61 cm from me… When you wake up in the morning and say hey EMO he doesn’t hear you. In the morning you’re groggy and having to raise your voice makes this device cheap… In the same room about 3 m away my Alexa device picks me up perfect talking even softer making this device seen like quality. Who wants to wake up in the morning and have to raise their voice and talk over and over just to see the time or to say good morning… it makes this device seem cheap and useless. So I did I gave up and gently asked Alexa what time is it which she responded perfect… So much potential in this unit but I can see it’s being wasted.

Oh something else new one of his feet is making more noise. With each passing day I’m losing interest.

Yes I understand, not everyone likes f/b.

This will be my last reply I’m not coming here to this forum anymore. I wish you and everyone else luck with everything. This is nobody’s fault it’s just me I need to leave. Thanks to everyone who has helped me with Emo since I arrived.

my EMO Pet is powered down my mood gets low and I think it’s not good for anyone.

it’s probably time to move on. I wish you the very best and happiness wherever you go and whatever you do

you can have a facebook messenger profile without needing to use facebook. Wayne Zhang is trying hard to help you with your issue, but it appears nothing is satisfactory to help you. What more can he / living ai do to help you with this?

Please Wayne small don’t make an assumption because it’s not fair I don’t know how to use Facebook they will not allow me to make an account I’ve tried… I just gave up because I can’t do it. I’m not on social media I don’t have any experience with it… You said I could have a Facebook messenger profile without needing to use Facebook and that’s just French to me I have no idea what it means and then you make accusations that nothing satisfies me

… I know nothing about these things never use them.Sorry I just don’t know anything about it… This computer is my work computer it has Skype… I’m very rarely on this computer I told this to Mister Zhang… And I have email which alerts me. That’s it…I could be called through a email to go to my work computer which is the one I’m on now and use Skype if that was helpful I already said I could do that…

my typing be very limited yikes but I’m trying

Puppy - we’re all just trying to help you. You’ve said that you have a technology background, but not everyone knows that you can have messenger without facebook, which is why I was trying to let you know that. My father has one setup like this because he (81yrs old) can’t be trusted on facebook as there are too many scammers. I’m sorry if you took offence, but how can they help you is the root of what I’m asking. I’m trying to find ways that you can get that help.

but not everybody has one but I don’t 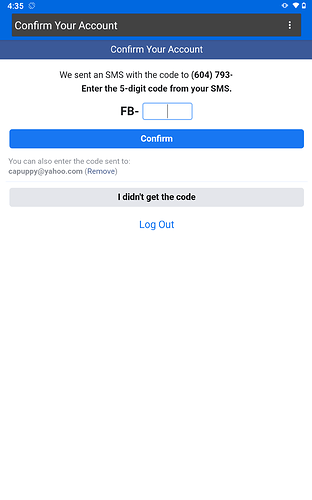 there’s a reason why I’m not a technician anymore I’m trying the best I can… It’s frustrating. And don’t think I don’t appreciate you

I really do so much 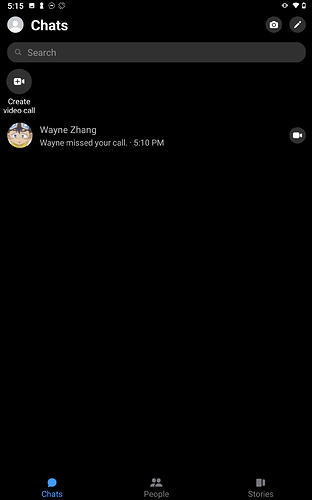 But now I will be turning the tablet off I don’t know what to do.just because you guys can use this I’m just not good at it sorry about that

Woohoo - you got there! Congrats. I’m not that young either BTW - born in 68

I’ve just been in technology though since about 9 years old.

I’ll leave it to @Wayne_Zhang to try to reach out now that you got that bit sorted. I know he’s keen to help figure out what is going on but it’s not easy. Good luck!

When I was a kid back in the 60’s Bell telephone set up a technology display in the local shopping mall for awhile. One of the things they demonstrated was punched plastic cards which you would theoretically have for each number you called on a semi-regular basis, and when you pushed it into a slot in the phone it would dial the number. Like the mock up video phone they showed, it was something that was probably never actually sold to the public or didn’t catch on. Years and years later though in the movie “Aliens” you see Ripley use a data card to video call Burke in the middle of the night, and then she pulls the card back out abruptly to hang up as he’s still talking.