Just wanted to ask this question to everyone here and also to @Wayne_Zhang As per post here:

Some announcements about new arrival, shipment and update. - Nov 12, 2021 Announcements

Hello everyone, We want to share with you some of the latest progress of EMO. New arrival As Christmas is approaching, we have launched a limited-edition Christmas set. You can learn more in the store. Update We are happy to see that everyone likes the latest 1.2.0 update. And we are working on another interesting update, which will be released before Christmas. The app on iOS is still under review, but will soon become available. And we found and fixed a bug on Android, and will release a…

Is there an option for existing EMO customers who already have their EMO’s to purchase the Christmas Upgrade pack separately? As there is only 2 options available:

Existing EMO customers who already have their EMO’s CAN purchase the Christmas Upgrade pack separately, which is mentioned in the description.
We are arranging replenishment.

As far as I know from the developers it is not planned at the moment. So currently, there is no possibility to change the eye color, maybe in future updates.

Not yet. We are still testing it.

I wonder if Living.ai are processing the Upgrade EMO Christmas pack orders separately for those that already have their EMO’s, so they can get them on their way to arrive before Christmas.

I’ve just placed my order for the Upgrade pack, which has an order number in the 15,07X range, so it will be interesting to see if it actually gets processed, sent and delivered before Christmas.

I’d like to think it will, however the real stumbling block in the delivery process will be the fact that Living.ai have been using Aramex/Fastway Couriers here in Australia for last mile delivery, and I know for a fact that Aramex already have a 4 week backlog in deliveries to Western Australia, where I live, so that in itself guarantees that it won’t arrive until January, unless a Christmas miracle occurs.

So, in reality, I think my EMO Christmas pack won’t see the light of day until Christmas 2022

The conclusion you’ve given sounds quite accurate to me. I’m just thinking, considering the normal EMO orders which is already the biggest bottleneck to be solved - it is kind of wishful thinking of customers to anticipate the Christmas pack anytime soon…Perhaps Living.AI could’ve waited to announce it next year when everyone can order and receive it on time.

Wow listen I’m not trying to be rude or anything but this would have been nice if you had given this upgrade pack free to all of us that have been waiting months to actually get EMO instead of asking us to pay 30 bucks more to get it! It’s also interesting how almost every update there is an excuse for why these keep getting pushed back from being shipped out and the delivery count has barely moved in months! But you have plenty of time to create an upgrade pack to make more money that’s very interesting indeed!!!

I was looking at the upgrade pack and it literally has only contains stickers, an (extra smart light / update doesn’t include the light) and a Santa outfit for EMO. If you think about it. I don’t see why this specific upgrade pack cannot be ready to ship right away as it doesn’t contain anything overly special, and the warehouse that is packing / preparing stuff “should NOT be” busy as EMO orders are still getting made. So in theory these should be getting sent out right away.

I do have to agree with @mariomart as once the package does arrive in AU for all us Australian customers will probably be delayed 3-4 weeks if it ends up in the hands of FASTWAY/Aramex.

And yes @Tarhill77 It would be a very nice gesture to get the upgrade pack as a thank you for existing customers that have waited so long for their EMO’s. But I did read in the forum, that Living.Ai are providing stickers as small thank you to everyone that is still waiting. (These stickers look like the ones you also get in the Christmas Pack) so I guess you’re getting one of the 4 things in that Christmas pack already).

Also latest update on the 12th of November: 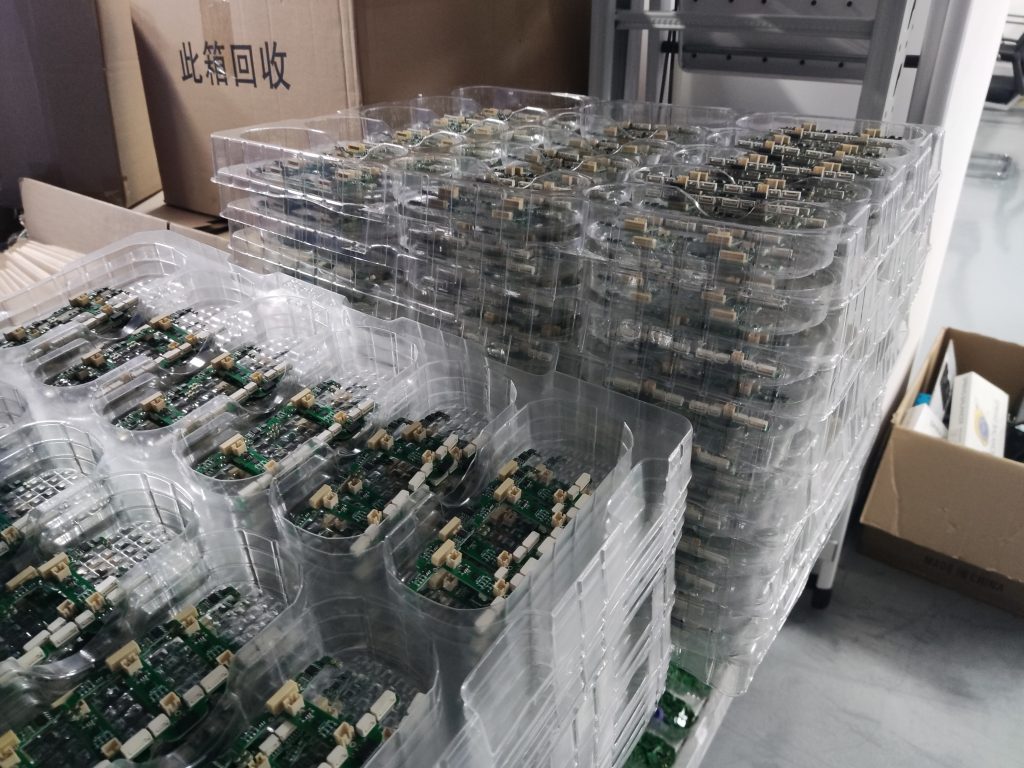 Delivery process of EMO Packaged # 2000 Tracking number sent # 2000 Update: November 12 The assembly and testing of EMO will start from next week. We expect to start shipping very soon.  Update: November 2 We have completed the production...

@MasterAbbott ,
There is no ‘extra’ light included in the kit. The pictures showing the lights were just comparing the standard EMO black box package, to the full Christmas package in the red holiday box. Either way you only get the one light which is normally included with a new EMO.

In the description, it says:
If you have an unshipped EMO order, please include that order number on the checkout page(order notes). The upgrade set will be sent out together with that order.

If you already have an existing EMO order, please also include that order number on the checkout page(order notes), and we will send an upgrade set separately (including clothes, sticker for skateboard, fluorescent stickers). In order to thank you for your support, the shipping fee will be covered by us.

Oh well… I was hoping to get another light

Then as I mentioned before, this upgrade kit should be able to sent right now as it hasn’t got anything electronic in it. Hopefully everyone should get it close to Christmas.

am i late? its out of stock T_T… by the way, would it has chinese new year upgraded set too?

For Chinese New Year, there might be a feature, but that won’t be until February (that’s when CNY normally happens) depending on the luna calendar.

yeah, it already restock, but i forgot to put my previous order number in ordering note…it’s doesnt matter right?